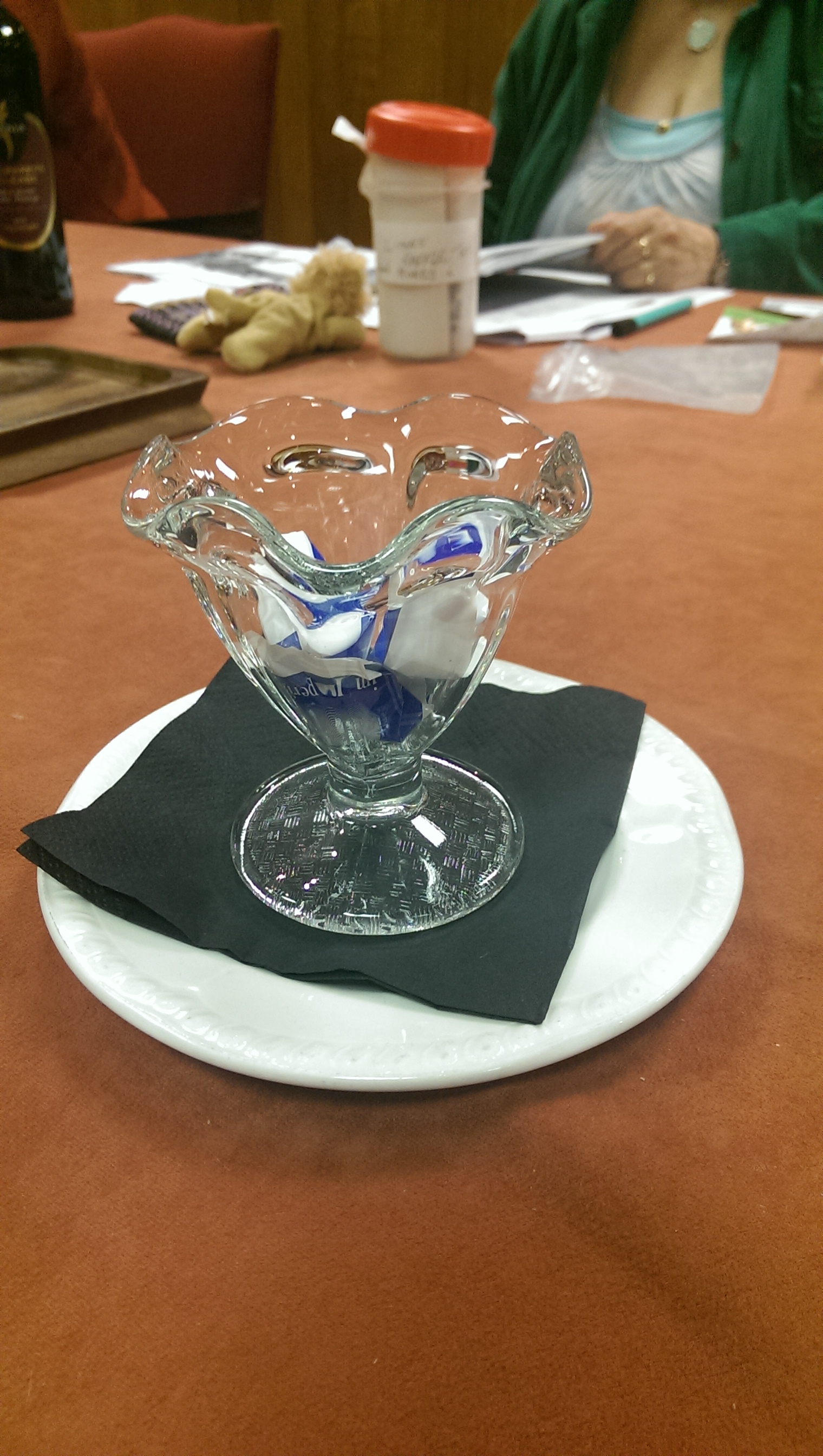 June’s meeting started without Lion Keith Fell, which surprised everyone.

The first juicy bit of information came in the Correspondence when Lion President Peter brought up a thank you letter from LCIF for a £1,100 donation for Nepal.

Also received in correspondence was a letter and raffle ticket book from St Mary’s Hospice. Tickets are £1 and there is a grand prize of £5,000. The club bought a book of £20 not knowing what we would do if we won.

In the treasures report it was noted money was coming in for entries for this year’s Charity Classic Car Show. £100 raised by Lion Anthony for Nepal which was included in the £1,100 donation previously mentioned.
£131 was raised at the Low Wood No Wood Cardboard Boat Race from the bouncy castle. The bouncy also raised £405 the next day at Brathay Marathon. £480 also left the cofferes to pay for snap bands for local children.

It was also mentioned that a significant donation was given to an appeal for Vanuatu.

A letter was received from Dignity in Dementia asking if the club would be able to financially support their work in the local area. Lion Maggie read the letter and told the club that 1/3 of people would have Alzheimer’s before 80 years old meaning members of the club may be affected soon. Lion Ronnie suggested we give £250 to the appeal which was unanimously agreed.

Manna house have launched an appeal for people to buy bricks for £1 each. The money raised will go to extending accommodation in Kendal.

Maggie also mentioned Nicola who the club had previously donated a fantastic machine to help control sugar levels. Nicola will be taking part in the Great North Swim using a small inflatable to keep a small dosing machine dry.

Mentioned earlier but brought up again was the money raised from the Cardboard Boat Race and Brathay. The Club decided to give £65 from the money raised to The Lake District Calvert Trust and £200 to the Brathay Trust.

Next up bottles for the Bottle Tombola at the Classic Car Show. Lots of bottles were coming in from businesses from Stavely and the club were looking forward to some from McClures in Windermere.

The rest of the planning for the Classic Car Show is going well with lots of entries. The show is on the 21st June 2015 and raises money for the Lake District Calvert Trust and The Bendrigg Trust.

A very productive meeting was held between South Lakeland District Council, Taylor’s Fun Fair and Lions about activities on the Glebe this coming Summer. It has been suggested that silly hats be worn by all. Chris mentioned he had a floral shower cap that he could wear, but no onesie. Lion Andrew said that was good otherwise he would look like a tellytubby, specifically Tinky Winky.

Money was raised at quiz nights at the White Lion in Ambleside during May. A total was raised of £300. Plus two lots of vouchers were donated to the club.

£10 was also donated from Calgarth Park for lending them our tressel tables.

Lion Chris brought up that two people had been in touch about joining the club which was great news. Specifically one person it was mentioned that one should come to the changeover lunch. Maggie asked what the date of the changeover lunch was and was told she would be told at the right time of the meeting.

A beetle drive is happening somewhere and sometime but I wasn’t listening.

Zone was brought up and during an update Maggie passed a note to Anthony asking again about the changeover. The chairman noticed and told them off. I suggested Maggie fined Anthony for distrupting the meeting, Anthony did not find that amusing.

In the raffle Chris won a bottle of wine and Ronnie had to provide the next prize next month. No one mentioned that I never brought a prize months ago, this makes me happy.

I(Lion Ben) just got told off for eating too many mints. In mitigation I told the club I had two fillings at the dentist today and I wanted to get my monies worth.

A treasure hunt will be held next Sunday. Starting between 4 and 4.15 from the view point on Rayrigg Road for £1 a head. Items needed: Digital camera. The finish point will not be released.

Sunday 5th July will be the changeover meal 3.30 for 4 at the Smallwood Hotel for £15 per person. The food will be a surprise. Which always concerns me. Maggie was delighted that the date was finnaly released.

The Charter will be on the 20th September 1 for 1.30 at Windermere Golf Club and is limited to 70 people only. The price hasn’t been disclosed yet but is thought to be under £20 per person. It will be a three coarse meal and the menu sounds delicious.

In any other business :
Chris asked if we could buy some gloves. It was noted that Young Chris and I had girly hands.

Andrew thanked the club for a card given to his mother. He also asked the club about tressel tables and upon hearing their size said a naughty word. Everyone laughed apart from Maggie who was aghast, which made it funnier.

Maggie said something she wasn’t going to say and then told us about when the Yeomen of the guard will be in Stavely for the Opera. The club help get the Evergreens group there to watch.

President Peter told us a story about Sat Navs. Basically a big bus full of tourists got stuck trying to get on the ferry from the other side of the Lake.

Fines given this month were:
Keith for laughing in the wrong places.
Andrew double for swearing
Ben for texting his girlfriend(writing this blog post) and being vegetarian.
Chris,  Anthony and Peter for more naughty words.